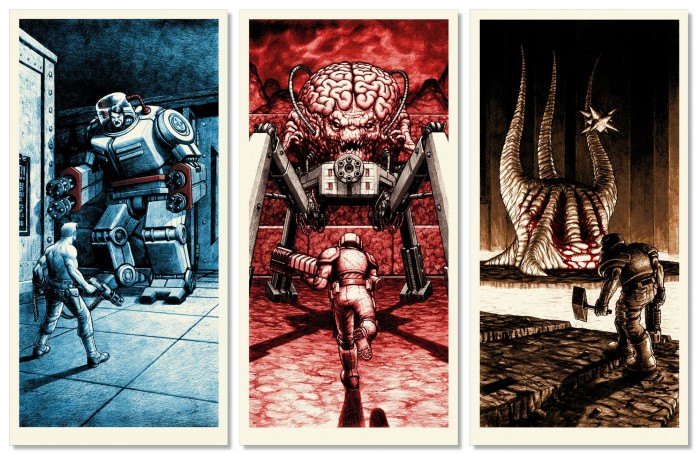 Artist Nick Derington tore up the interwebs back in February with his BOSS FIGHT Kickstarter, featuring 3 classic 8-bit games, beautifully rendered in his style. WELL- this time, Nick has jumped ahead a generation of gaming to bring those 90’s era First Person Shooters into the BOSS FIGHT series!

The Kickstarter Campaign Launched TODAY, and we wanted you all at the Nakatomi Nation to have FIRST CRACK at picking up some of the limited edition rewards Nick is offering! 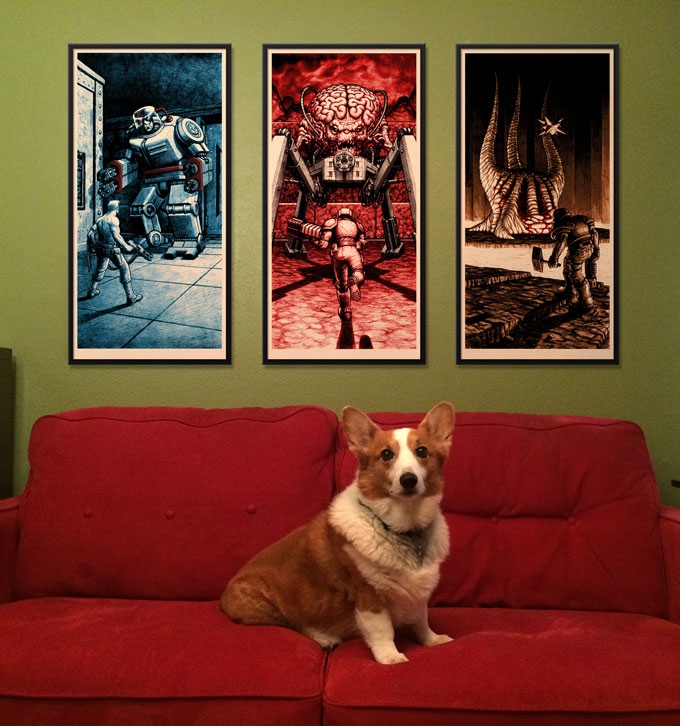 Not only will the prints be available in the usual 12×24 size, but the Kickstarter will have an EPIC GLOW IN THE DARK 18×36 size of the prints available as a reward- each limited to an edition of 200!

Just like last time, Nakatomi will be handling all printing, packing, shipping, and customer service for the campaign, so unlike a lot of Kickstarter projects, this one will have all rewards shipped out within a month of the end of the funding period!

The Kickstarter is currently live HERE- so head on over there, and get in on some of the great reward packages, and Thanks to everyone who made the last project such a raging success!

SPECIAL NOTE– You don’t want to miss out on some of the COMPLETELY AMAZING stretch goals that Nick has planned. The funding goal is set at $4000, and once that’s cleared, you’ll be seeing some REALLY great stretch goals that will be for everyone who pledges at any of the ‘full set’ levels!

Here’s a closer look at the prints, with titles! 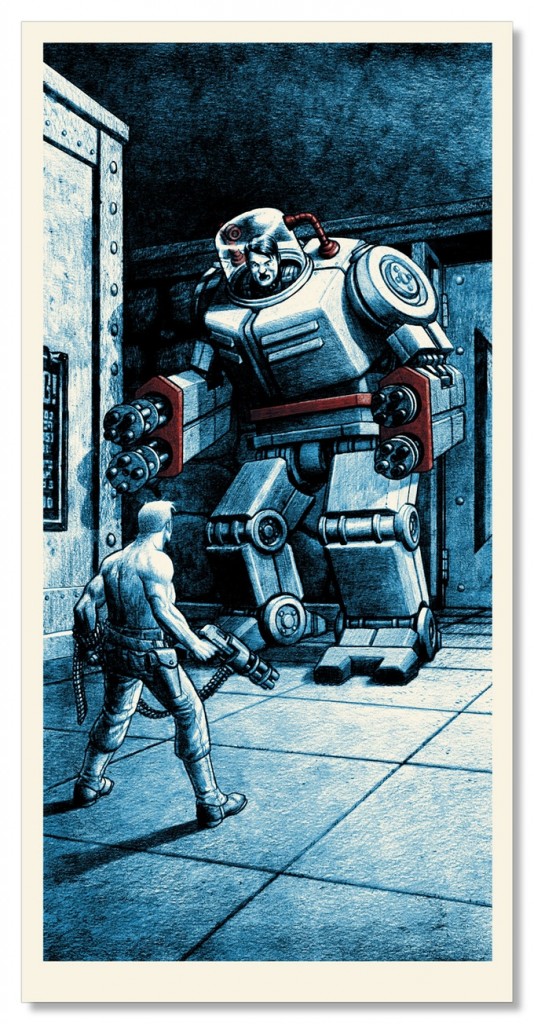 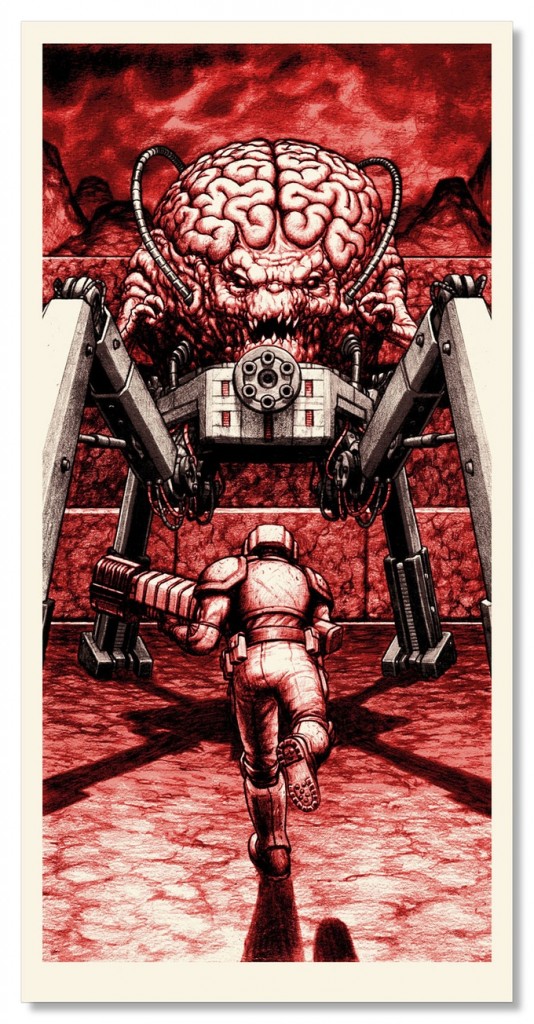 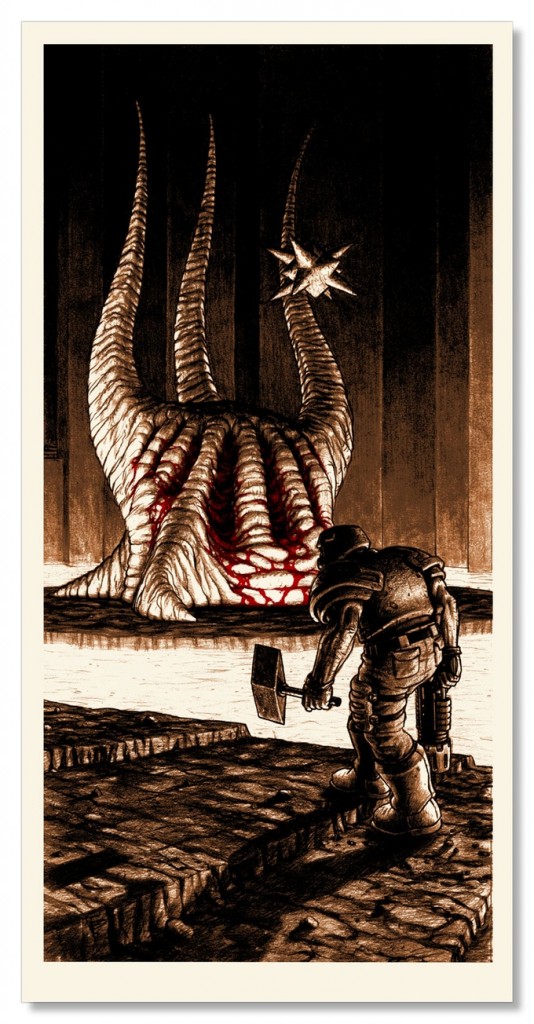 PLEDGE NOW at the Kickstarter page HERE, and get those rewards!

Thank you very much!