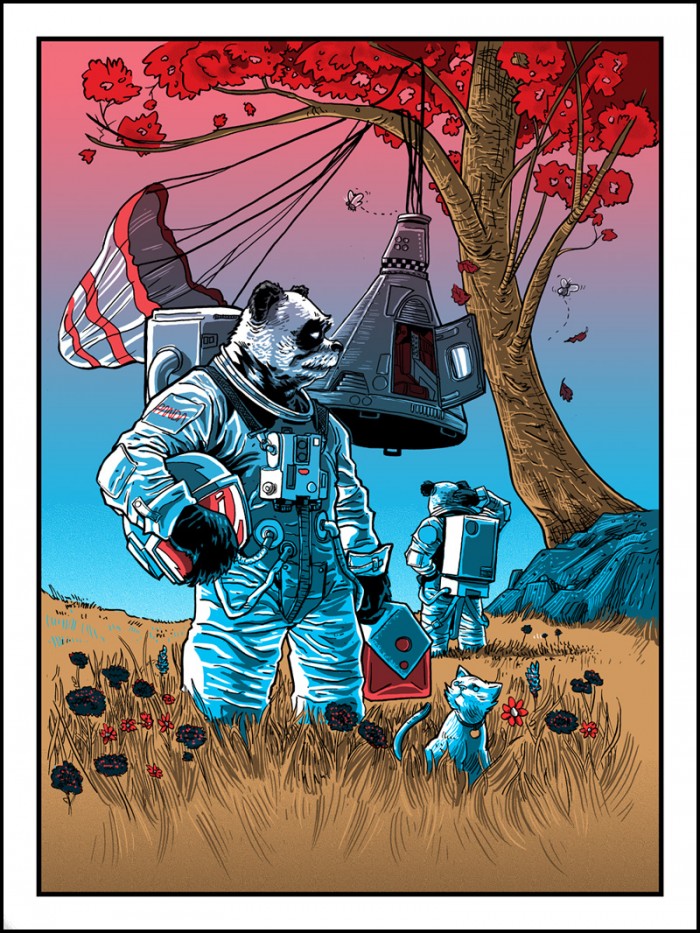 Well, I guess it’s official- we have another poster series on our hands-

Last year, artist Tim Doyle was invited to create a poster for the annual Coachella music festival, and the poster blew out at the event, and then we sold through the AP copies here on Nakatomi on the day they were released. (Awesome! Yay! Thank you!) So, because we still had people clamoring for the art, we released an art print version of that print (below)- and that print has been a fan-fave on site, and at conventions-

So when this year’s Coachella print that ALSO featured a Panda bear blew out at Coachella, and then on site- we decided to release the art print version of that print as well!

And, SUPER ADVANCE WARNING– it looks like Coachella will have us back again NEXT year to do the same, and YES– it too will feature Pandas. You just gotta wait a year… And that’s how a print series is born…

“Astro-Pandas in Trouble” measures 18×24 and is signed and numbered in a first edition of 150.

Prints are IN HAND and ready for immediate shipment!

Pick ’em up  in the Nakatomi store HERE

…and you can see a production blog with behind the scenes sketches of the first year print HERE and this new one HERE.