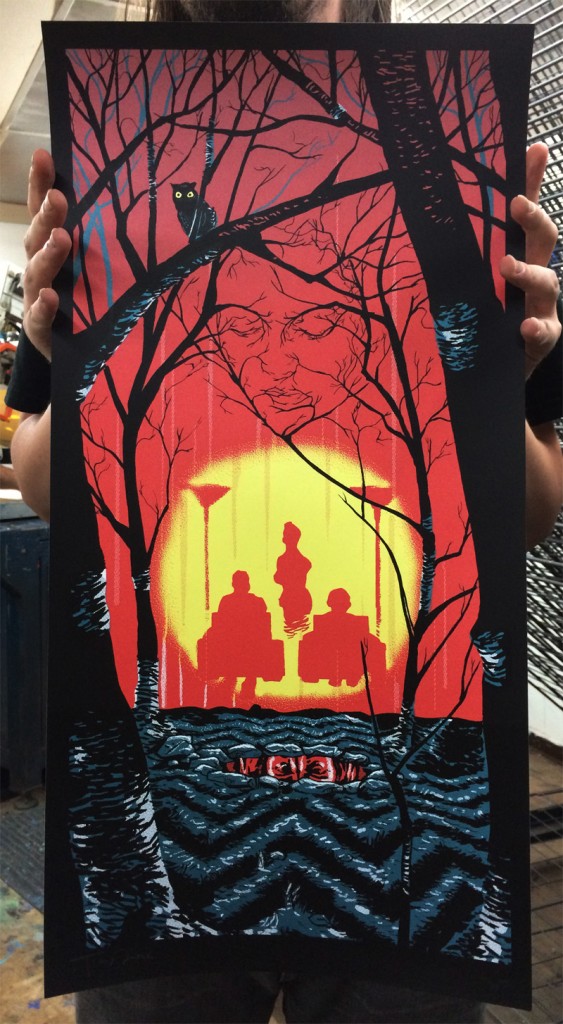 (And, what better timing, with the possible return of the show next year?!?)

This printing is produced with ALL METALLIC ink- giving each of the colors a deep sheen! 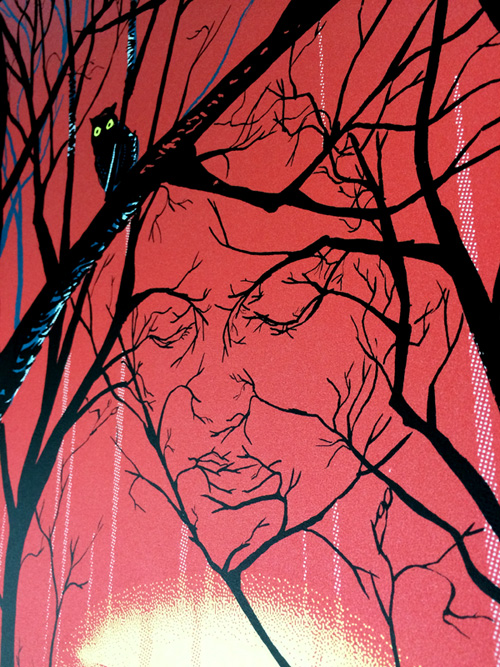 “In The Trees” is a hand-pulled silkscreen print- measuring 12×24 and is signed and numbered by the artist in a new edition of 200 worldwide.

Print is in-hand and ready for immediate shipment!

Pick them up HERE.