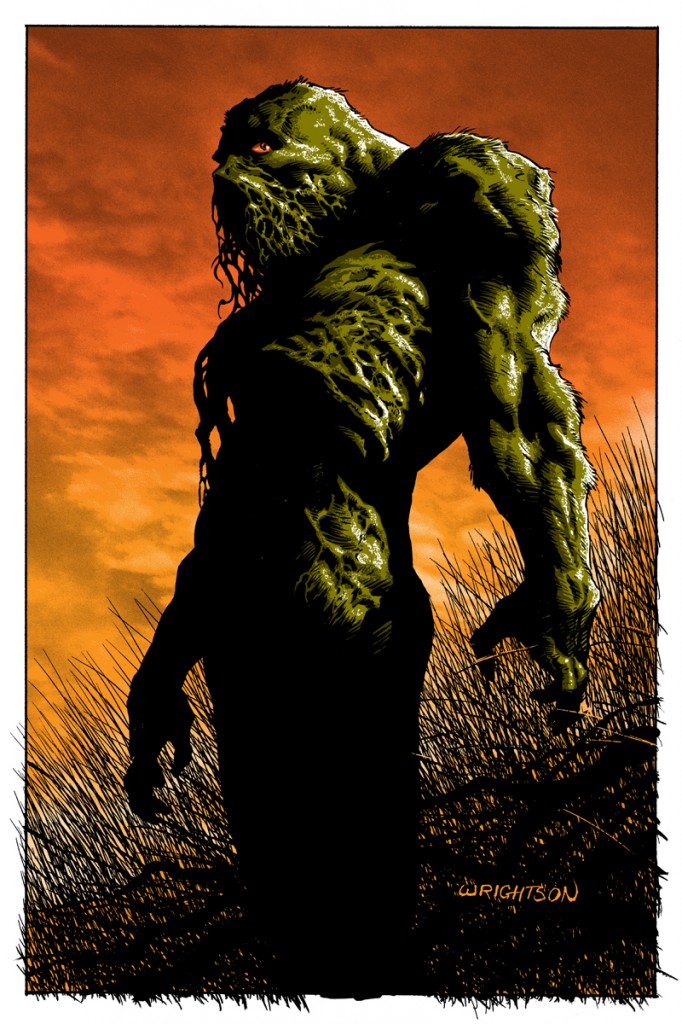 Master illustrator and Swamp Thing co-creator, Bernie Wrightson will be in attendance at Austin’s Mondotees-Con this coming weekend, and he’ll have an exclusive print debuting at the convention!

“Sunset” is a 20×30″ hand-printed silk-screen art print- signed and numbered by Bernie in an edition of 150 worldwide. Printed on Speckletone Madero Beach French Paper, and featuring a stunning split-fountain in the sky!

This image has never before been released to the public, and is presented here for the first time!

From Tim Doyle- “A few months back, Bernie mentioned he’d be at the convention, and that he’d like to have a new print at the show. Going through some of his more recent work, he pulled this gem out, in black and white format, and asked if I would be interested in doing the coloring on the print. I was…very honored at the request, and also slightly terrified. How could I possibly hope to work on top of a guy like Bernie? Once I started, I was surprised at how little I actually had to do, to define form and shading- so much of it was already present in the line. That massive dark shape at the center of the image was already about as perfect as it could be, and all I had to do was just give a little bit of modelling to it, and it just came alive. Working on this was truly a rare treat.”

Here’s a pic of the finished print, fresh off the press, and before trimming- 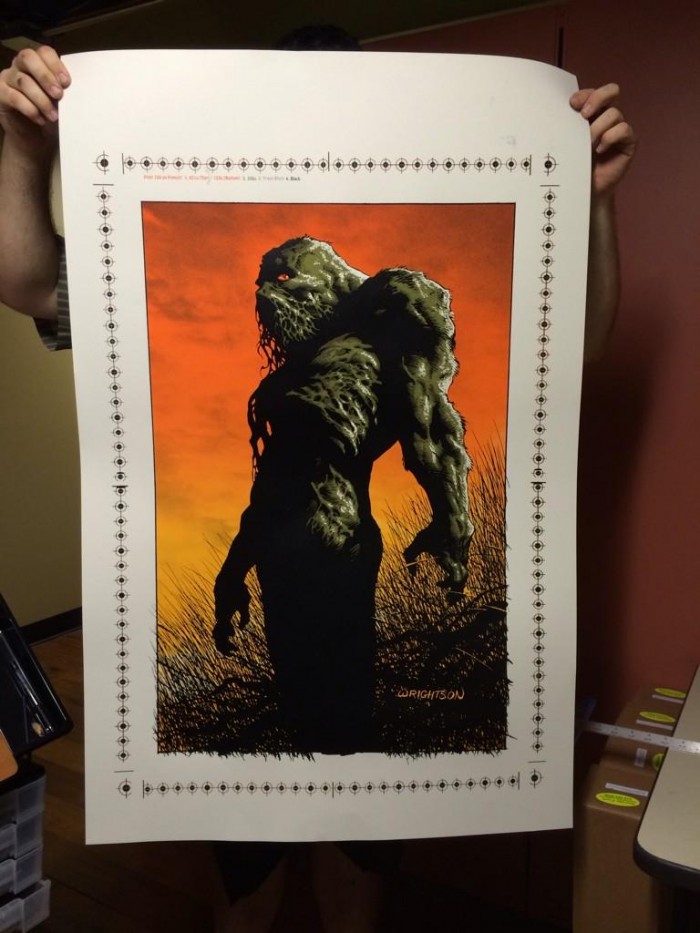 Remaining copies from the weekend’s event will be on sale on the Nakatomi site later on in the month! Stay tuned to the blog here for updates, and Join our mailing list HERE to get a heads-up for when it’ll go up for sale!