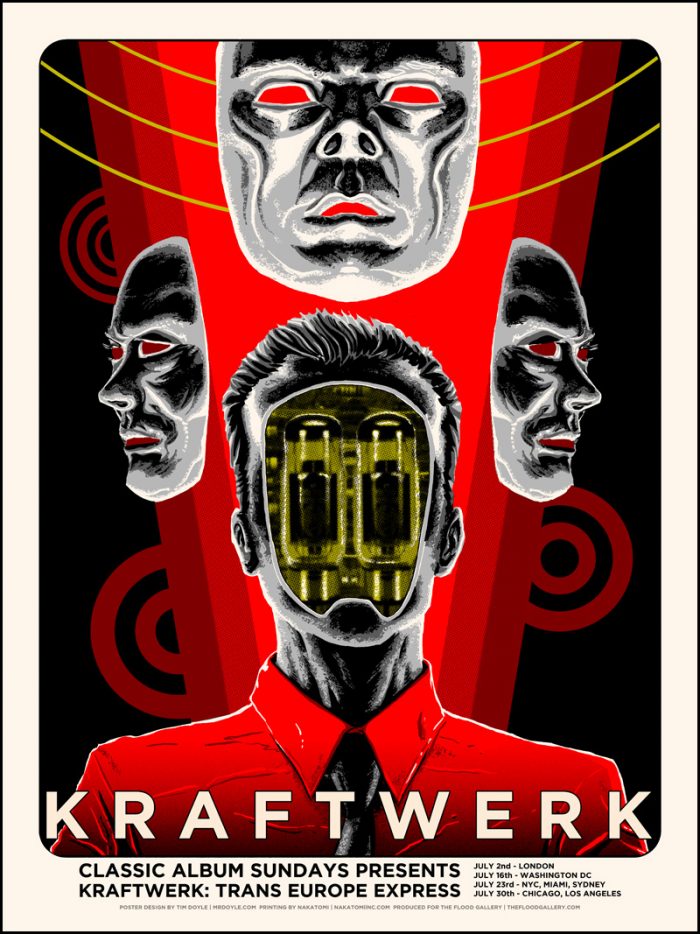 Nakatomi Artist Tim Doyle was commissioned to produce this KRAFTWERK poster for the Classic Album Sundays series, by The Flood Gallery in the UK!

This 18×24 hand-printed silkscreen poster is signed and numbered by Doyle in an edition of 120. Featuring metallic gold AND silver ink.

These ship from London! (A rare shipping cost bonus for our European fans!)

Also available as a FOIL print- edition of only 30. 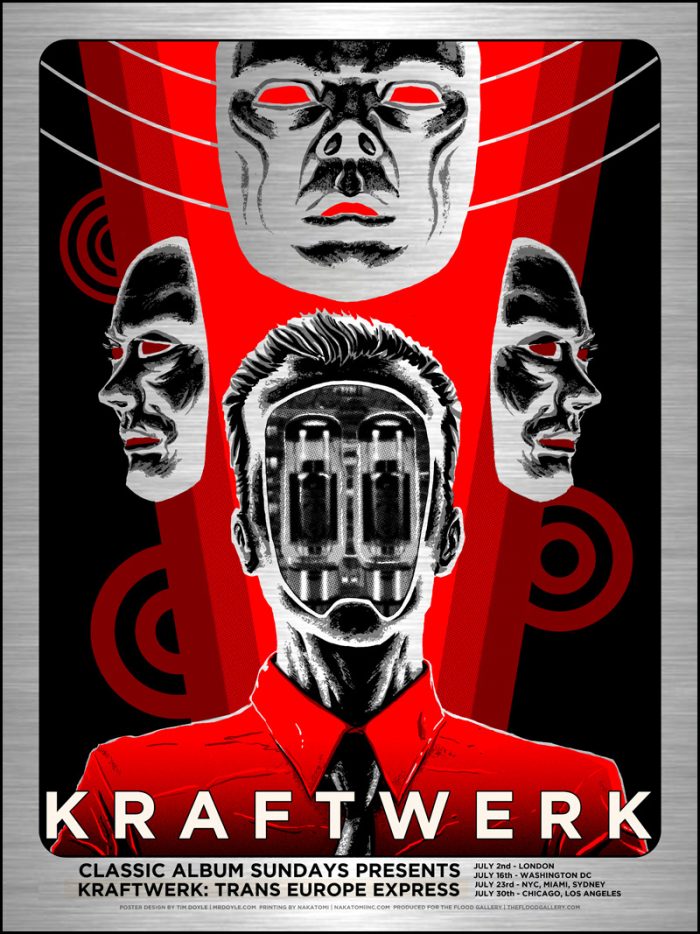 “Kraftwerk is one of those bands that got into my head WAY too early, and never left. My father brought home a ‘workout mix’ cassette tape made by a musician friend of his back in the early 80’s that featured music by bands like The Art of Noise, The Flying Lizards, The Talking Heads, and KRAFTWERK. The fact that Kraftwerk also sampled from a Speak & Spell that I was a HEAVY USER of at the time helped put them over the top for me. Little did I know I was getting a weird-ass education in early electronic music at the tender age of 7. So when this gig became available, I JUMPED on it. Kraftwerk has consistently innovated for decades now, and I’m happy to get to make some art based on the imagery of the band!”

And, while we’re at it- have a listen at Doyle’s favorite cover of a Kraftwerk song- “She’s a Model” by BIG BLACK!