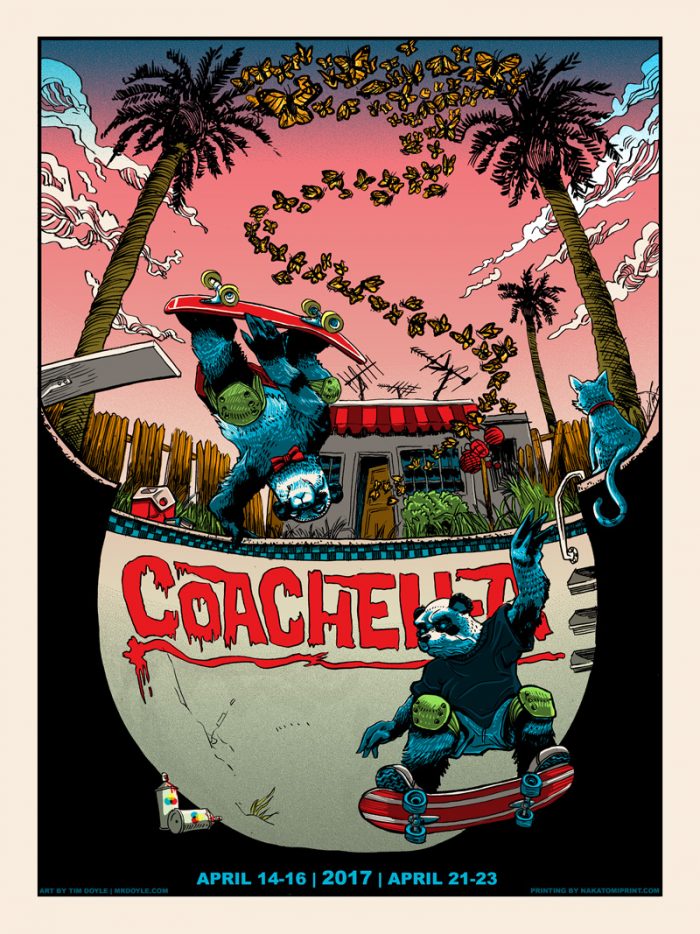 For the FOURTH year in a row, Nakatomi artist, Tim Doyle was commissioned to do an official poster for the Coachella music festival in Indio!

This year’s print is 18×24 and is signed and numbered in an edition of 200 worldwide. The poster debuted back last weekend at the fest, and that weekend’s copies sold out immediately- the remaining copies will be on sale at the fest this weekend.

PRINTS ARE NOW ON SALE HERE

The last 3 years, our AP copies sold out lighting quick- so if you want one, have your clicky-fingers ready!

Prints are in hand, and ready for immediate shipment.

“Like the last three years, I wanted to stick with the panda-bear theme I’m doing for this series, but shift to a more suburban scene. In my head, these Pandas are working their way across the globe in a post-apocalyptic setting, finding the scraps of human society, mostly overtaken by nature. Also, they’re from space. Because…space-Pandas.”

Here’s a look at the previous 3 year’s sold-out prints.