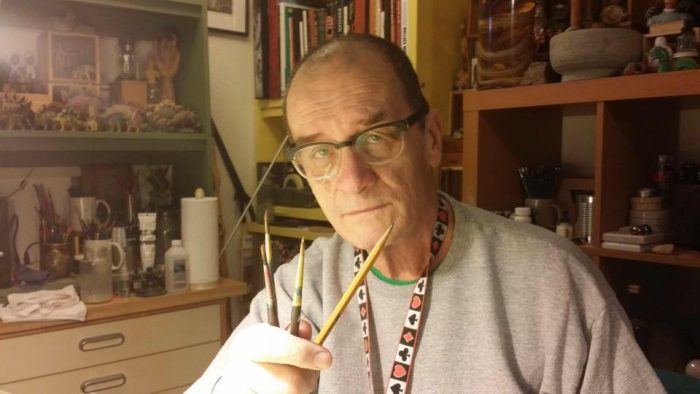 As I’m sure many of you already know, comic and illustration legend, Bernie Wrightson has passed away after a battle with brain cancer, last Saturday. The news was somewhat expected, but it didn’t hurt any less. For those who knew Bernie only through his amazing work, you only knew half the story. Bernie was, quite simply- the nicest and most kind person I’ve ever had the pleasure to work with. He and his wife Liz invited me into their home on several occasions, and were always giving with their time.

I first met Bernie at a signing at Austin Books and Comics, here in town. I had handled a print job for them of one of Bernie’s pieces from his Frankenstein adaptation. I told him who I was, and what we did here at Nakatomi, and within a short amount of time we had a meeting at a local coffee shop to lay out our plans. I remember on my way out the door to meet him that I saw my eyebrows were a little unruly and so I trimmed them. It was only after sitting down across from Bernie that I noticed he had quite literally the longest eyebrow hair I had ever seen, coming to a point well off his brow. It was such a disarming affectation, that I felt silly with my earlier vanity. That’s an odd observation, but it sticks out to me now, as I’m processing all this. His skill was unassailable- but even that was dwarfed by just how great a person he was. Always quick with a smile and a hug, he made you feel welcome. 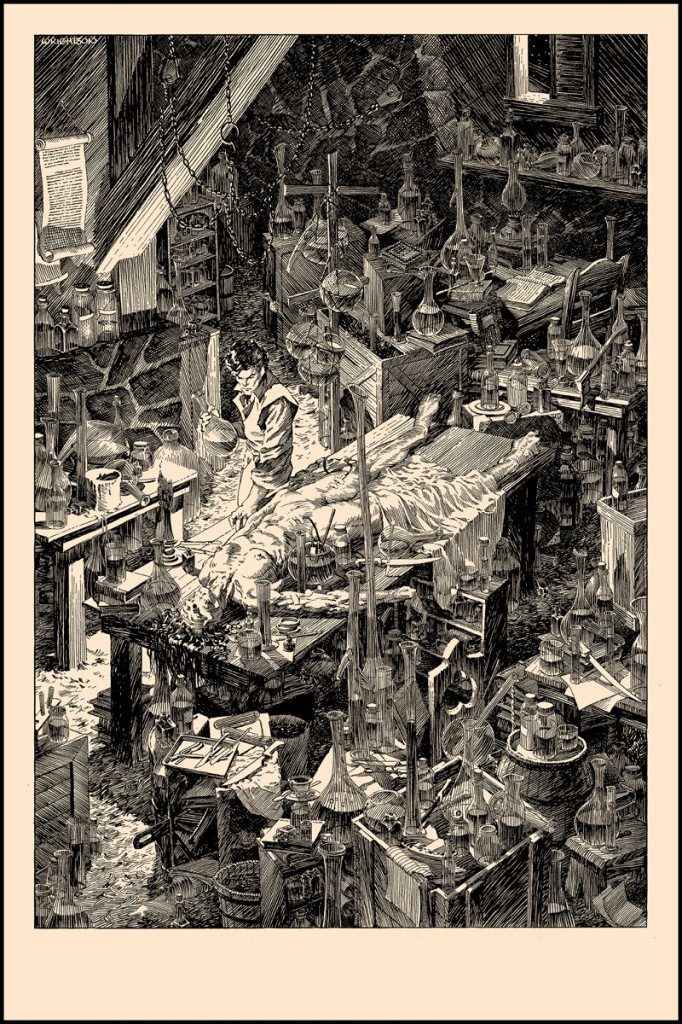 Since our first release with him back in March of 2013, we’ve never not had some project or other cooking. And while that was always exciting, I was more rewarded with the time I got to spend with him and Liz talking about the comics industry and art and having kids, and life in general. I definitely didn’t get to spend enough time with him, but nobody knows how much time you really have left, I guess. You think you have endless opportunities to talk, so why rush it?

Nakatomi started with publishing his Frankenstein pieces (with the above image). Later, we did a 10-color screen print reproduction of his ‘You’re New Around Here, Aren’t You?” painting, which was color-separated by Jon Smith, and it remains the trickiest job we’ve pulled off in the shop so far. 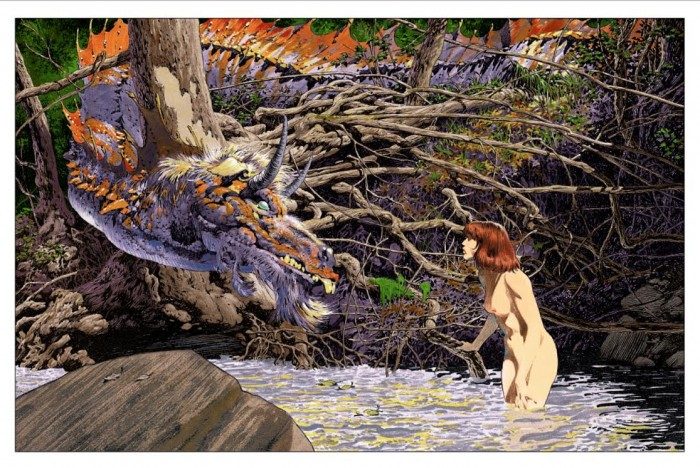 I also had the supreme honor of coloring one of Bernie’s Swamp Thing pieces, “Sunset” which was originally drawn as a gift to his wife, Liz. 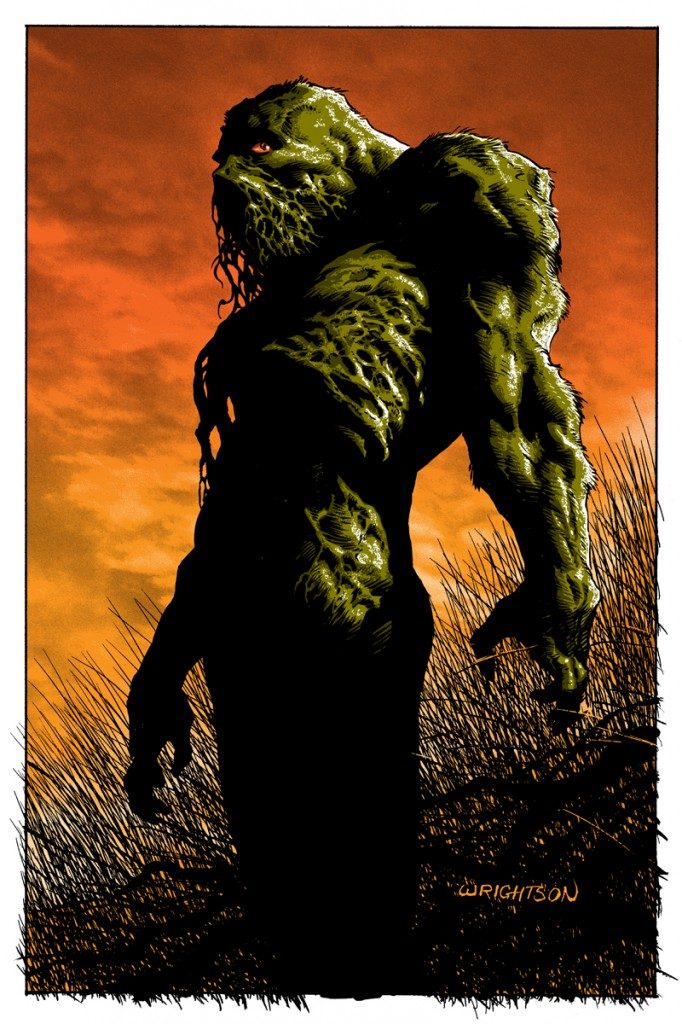 On top of that we produced a portfolio of his illustrations from The Stand, and just recently we ran a Kickstarter for his Cycle of the Werewolf project. It was on that last project that we were able to finally do something I’ve wanted to do for a while now- get an interview with Bernie on film. If I had known the little amount of time left, I would have recorded for hours and hours. The man practically dripped comic book history, and I wanted to learn it all.

I’ve had quite a few requests from people to buy more of Bernie’s work. And we had at least 3 new projects in the works when he passed. I’ve talked with Liz, and they’re still coming out, but I’ll need a minute to regroup after this all. We’ve got the Cycle of the Werewolf sets left from the Kickstarter, a full-size reproduction of his amazing “Meltification of the Loathsome Fishes” painting, a set of his Dark Tower illustrations, as well as large screen prints of some of his Creepshow panels. Now this all will have to be done without the big man.

I saw him just a couple weeks before his death, and he was still Bernie in every way, still quick witted and funny. But you could tell it was wearing on him, he was tired. His recent stroke had really done a number on him. Before I left, I leaned in to shake his hand, and his grip was surprisingly strong. “You still got a hell of a grip, Bernie” I said. “Thanks, Tim” he replied.

We all lost a hero, but others have lost a Husband and a Father here, and my heart goes out to them.

You can read Bernie’s official Obituary on his site here.