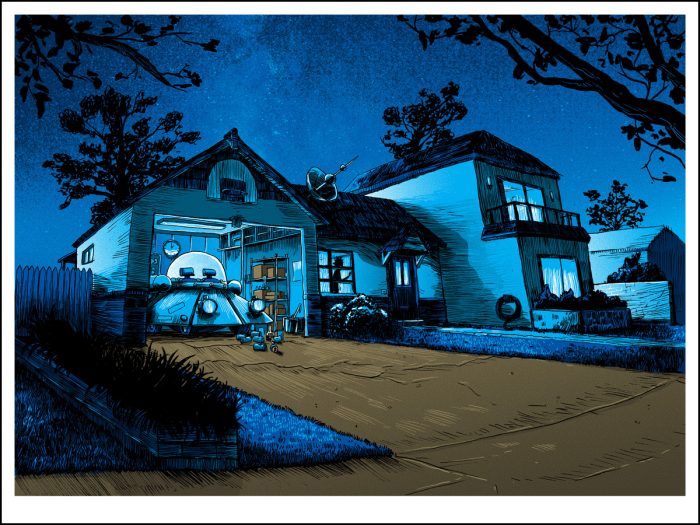 Nakatomi artist Tim Doyle will be at the SpokeArt booth at NYCC this year, doing a book signing and releasing his newest print- a Rick and Morty inspired Unreal Estate print!

“Night Time Makes Up Half of All Time” is an 18×24 6 color screenprint, featuring Glow in the Dark ink! Signed and Numbered by Doyle in an edition of 100, this print is exclusive to NYCC!

Here’s a mock-up of the print glowing- 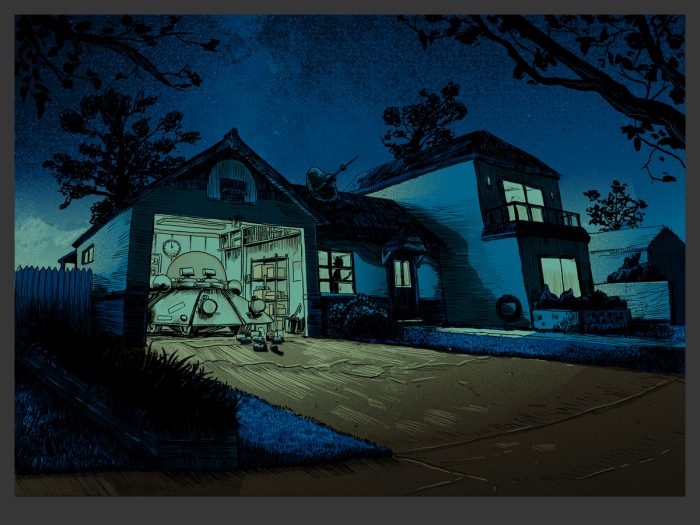 Tim Doyle will be on hand on Thursday at 3pm for the print release, and will do hand-embellishing on every print sold during the signing! Pick a character and he’ll draw it in the window or garage there! 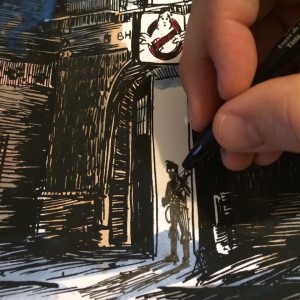 On Saturday at 12pm, Doyle will be signing copies of his UnReal Estate book, and every book sold at the con during the signing will get a doodle drawn inside- heck, if you already have a copy, bring it in and he’ll do that too! Here’s a look at some past doodles- 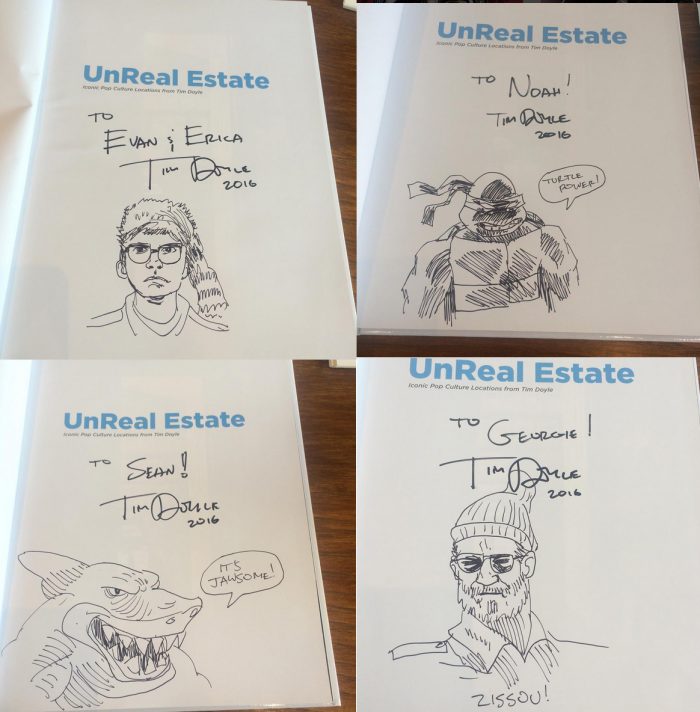 (Yes, someone asked for a Street Sharks drawing)

So, if you’re going to NYCC, stop by the SpokeArt booth and pick up some exclusive prints!