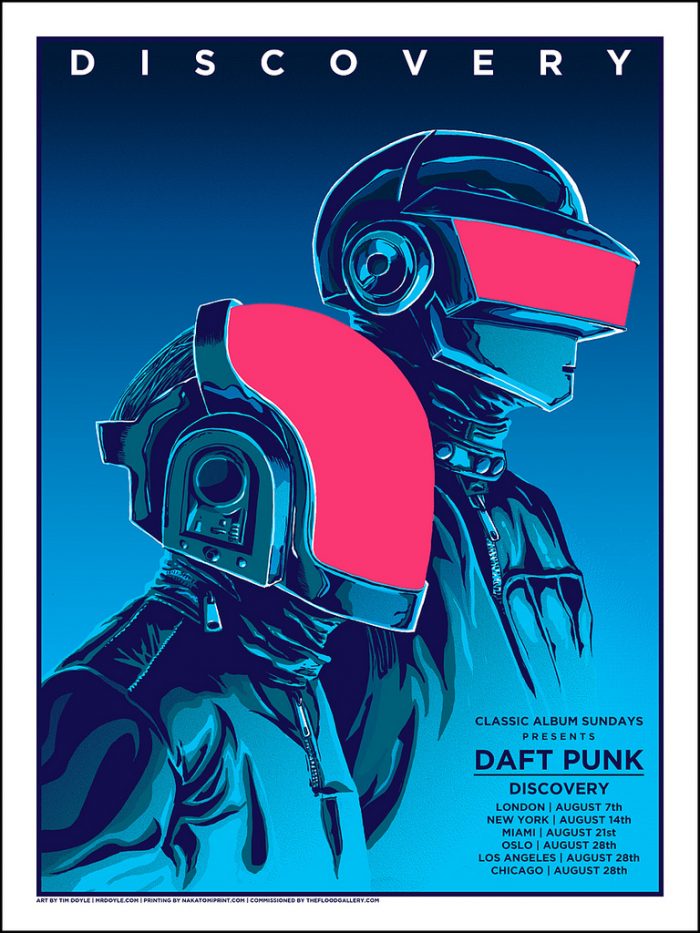 DAFT PUNK and DAVID BOWIE by Doyle! On Sale Info!

Starting Wednesday at 2pm Central Time, Nakatomi will release the artist’s copies of both Tim Doyle’s DAFT PUNK/DISCOVERY gigposter and The Man Who Fell To Earth print!

Prints will be available HERE.

The Daft Punk print was originally commissioned by ‘Classic Album Sundays’ in conjunction with The Flood Gallery in the UK. Print measures 18×24 and is hand printed in an edition of 120 worldwide! 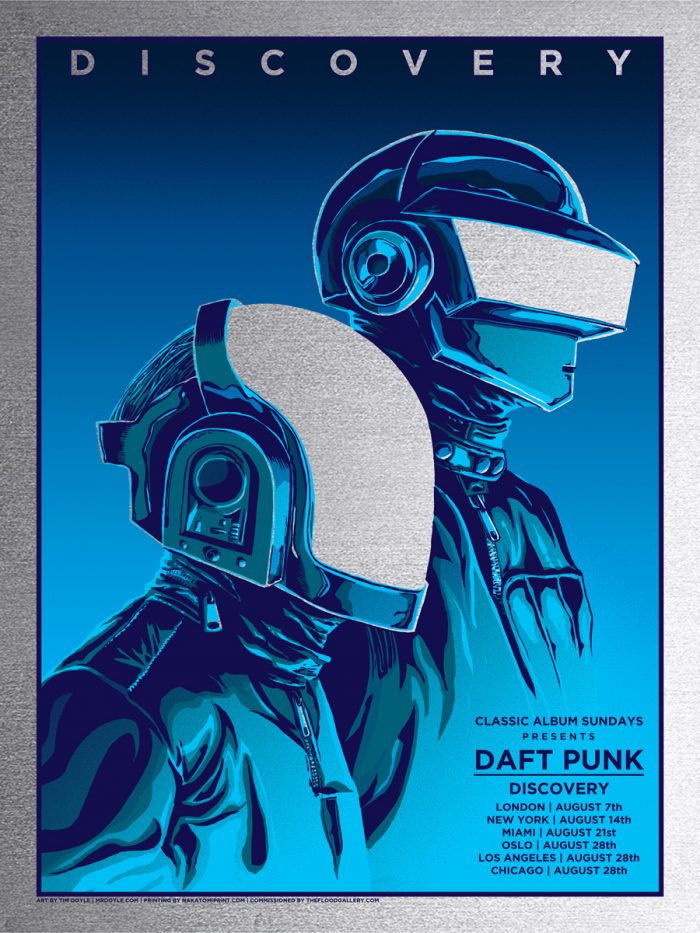 As well as a gold metallic foil edition of 20- 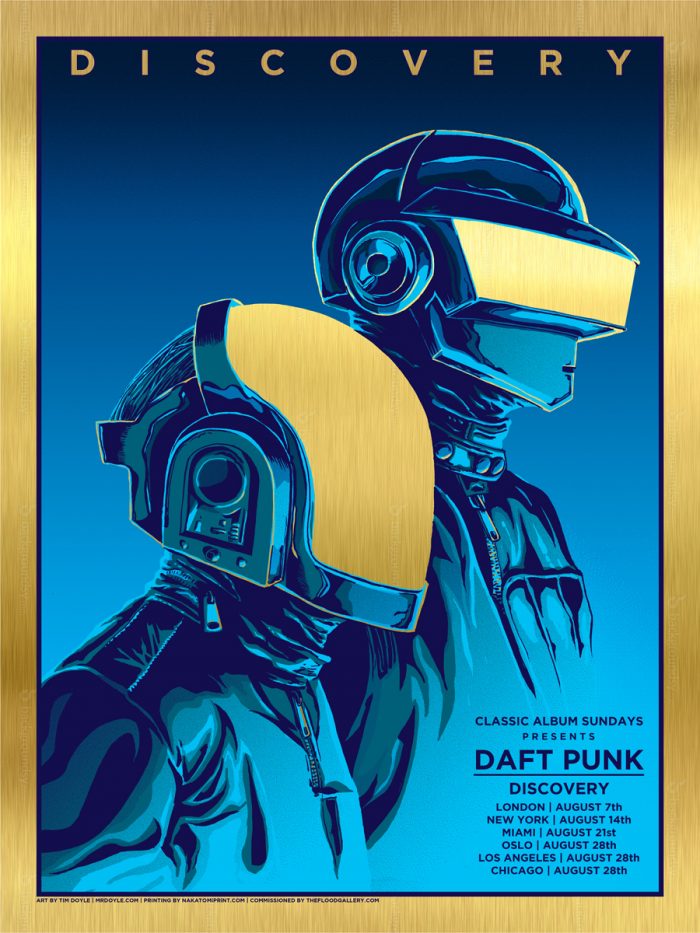 Please note- these are all AP copies from the original printing!

Prints will be available HERE at 2pm CENTRAL this Wednesday the 7th! 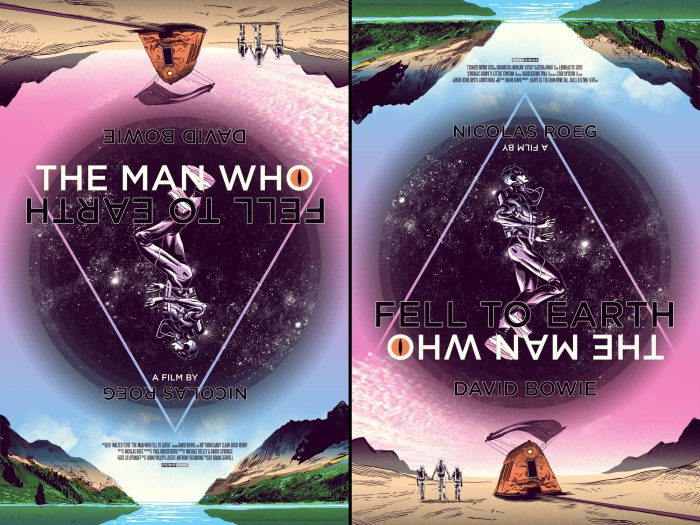 We’re also releasing the artist copies from Doyle’s official ‘The Man Who Fell To Earth’ film poster, originally commissioned by Under The Floorboards in association with Studio Canal!

This 20×30 silk-screenprint is signed and numbered by the artist in a regular edition of 145 (above) and an iridescent foil edition of 55 (below)! 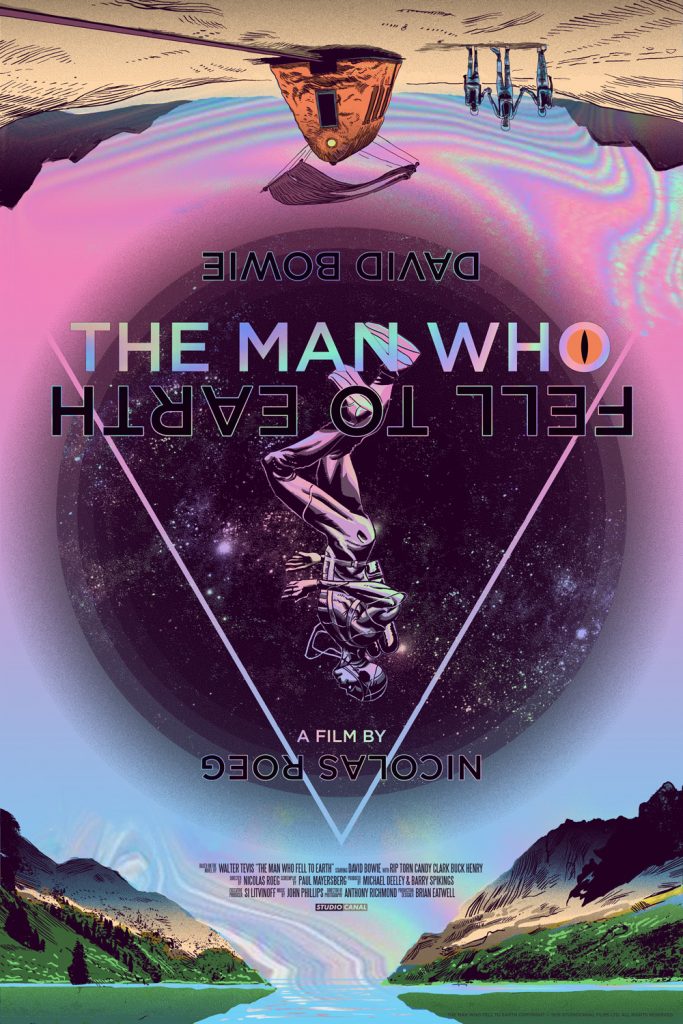 The print is designed to hang either direction- there is no true ‘up’ or ‘down’!

All these prints will be available HERE in the Tim Doyle section of the Nakatomi store starting Wednesday 9/6 at 2pm Central Time!