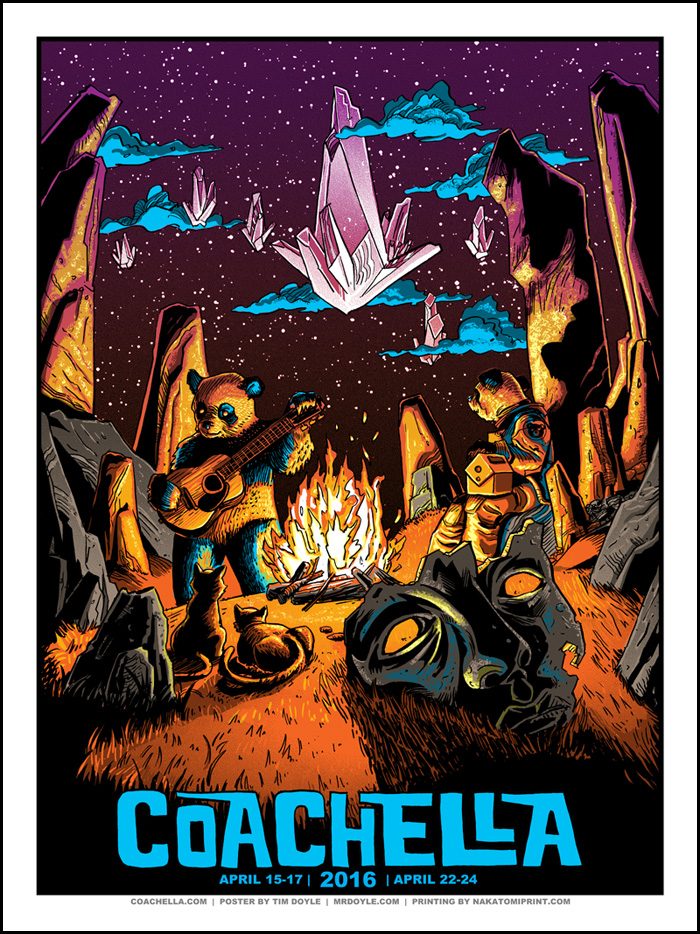 COACHELLA 2016 PRINT ON SALE ON MONDAY AT 2pm CENTRAL!

PRINTS WILL BE ON SALE HERE

For the third year in a row, Nakatomi artist, Tim Doyle was commissioned to do an official poster for the Coachella music festival in Indio!

This year’s print is 18×24 and is signed and numbered in an edition of 200 worldwide. The poster debuted back last weekend at the fest, and that weekend’s copies sold out immediately- the remaining copies went on sale this weekend, AND ARE ALMOST GONE.

On Monday the 25th, we will release our AP copies allotted to us on the Nakatomi site at 2pm Central time HERE.

The last 2 years, our AP copies sold out lighting quick- so if you want one, have your clicky-fingers ready!

Here’s a look at the design process below!

From Doyle- “Like the last two years, I wanted to stick with the panda-bear theme I’m doing for this series, but shift to a night-time scene as the last couple were day/dusk.

Coachella has a fairly loose design brief- “No guns, drugs, alcohol, skulls, nudity, violence”- other than that, it’s pretty wide open. So- I worked up a quickie doodle in photoshop and sent it over for approval- 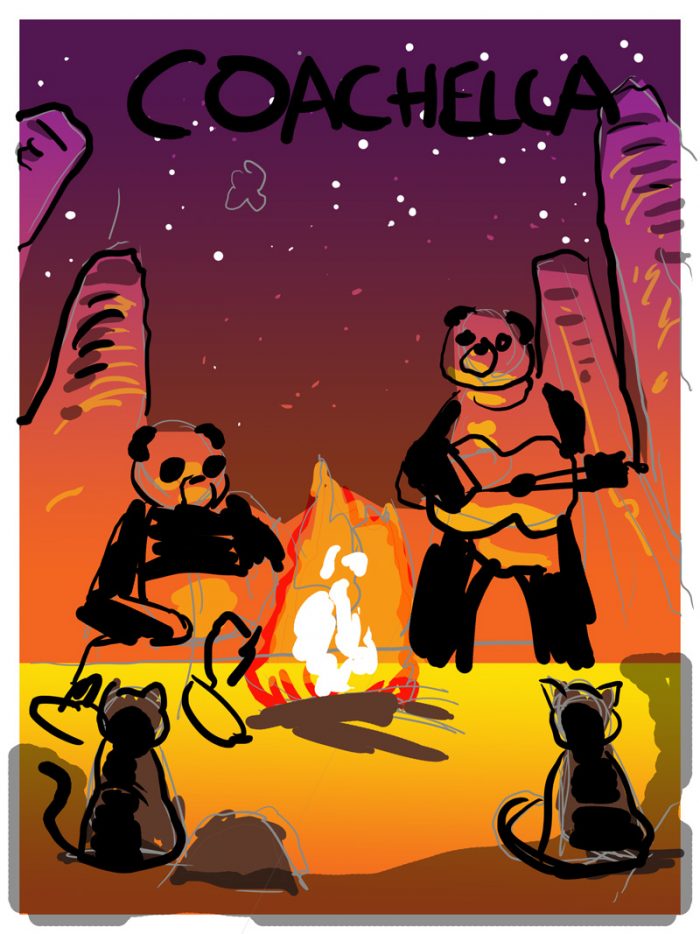 That sailed through no issue, so it was off to the drawing process!  I changed it up quite a bit from the original idea, while keeping with the spirit of it all- once I get to adding detail, I keep cramming it in. 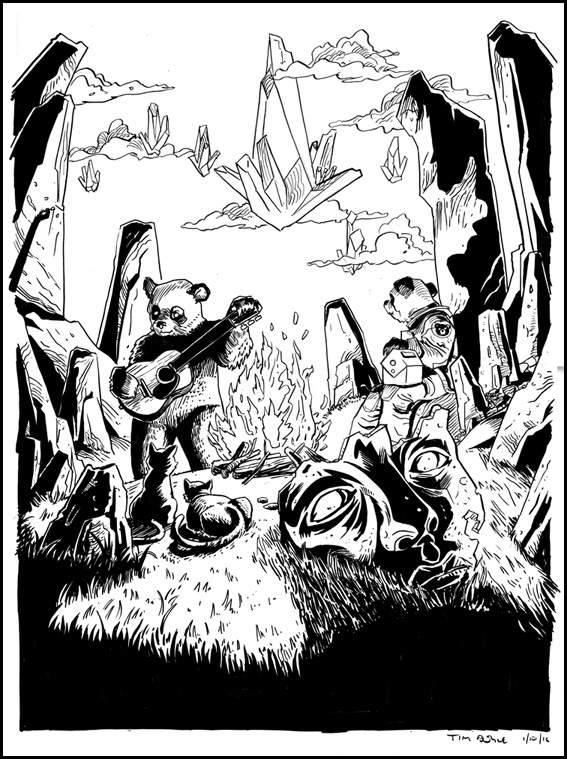 I draw almost all my prints by hand- pencil and then ink- on 18×24 bristol board. My main inking tool at the moment is a PITT brush-pen I love those things. The tip wears out about half-way through most prints, and then I have to pull the tip out, flip it around and use the other side. (Gets you TWICE the value outta yr pen!)

Next comes scanning the drawing, and laying the colors into the file in layers in Photoshop!

This was a six-color print job, and I’m really happy with how it all came together! Thanks everyone!”

Prints will be available HERE at 2pm Central on MONDAY 4/25!