“The Sea Also Rises- The Emperors of the North Watch the Clock” art print NOW AVAILABLE!

The newest print in the ongoing ‘Sea Also Rises’ series by artist Tim Doyle is up for sale HERE in the Nakatomi store!

Originally commissioned by PangeaSeed in Hawaii, Nakatomi is releasing artist’s copies from the original run of just 150 copies!

Take a look at some of the detail shots below! 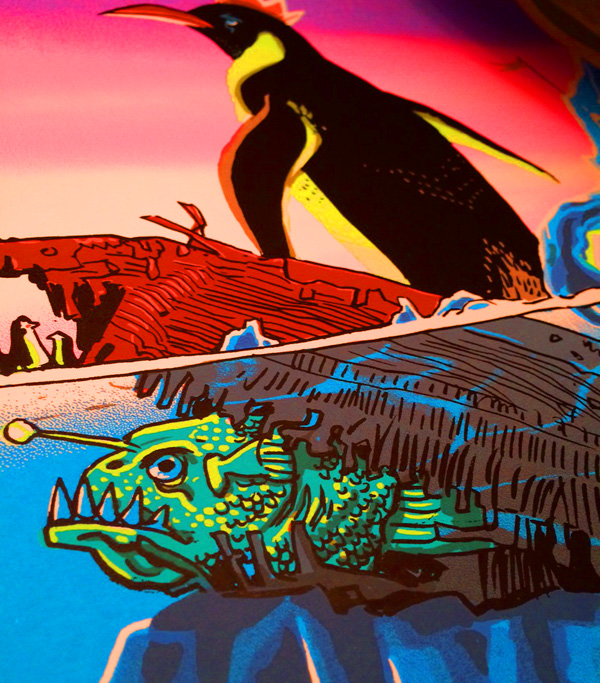 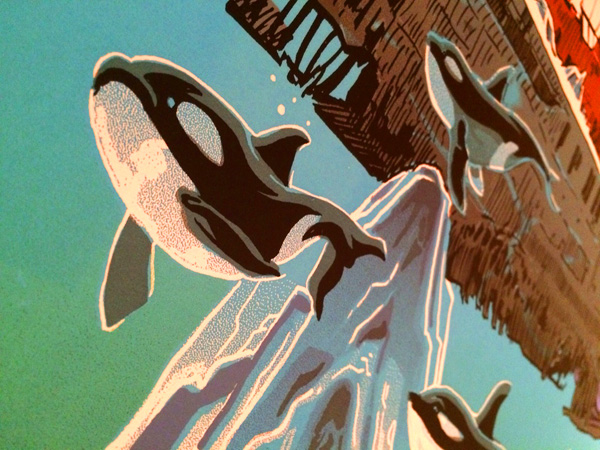 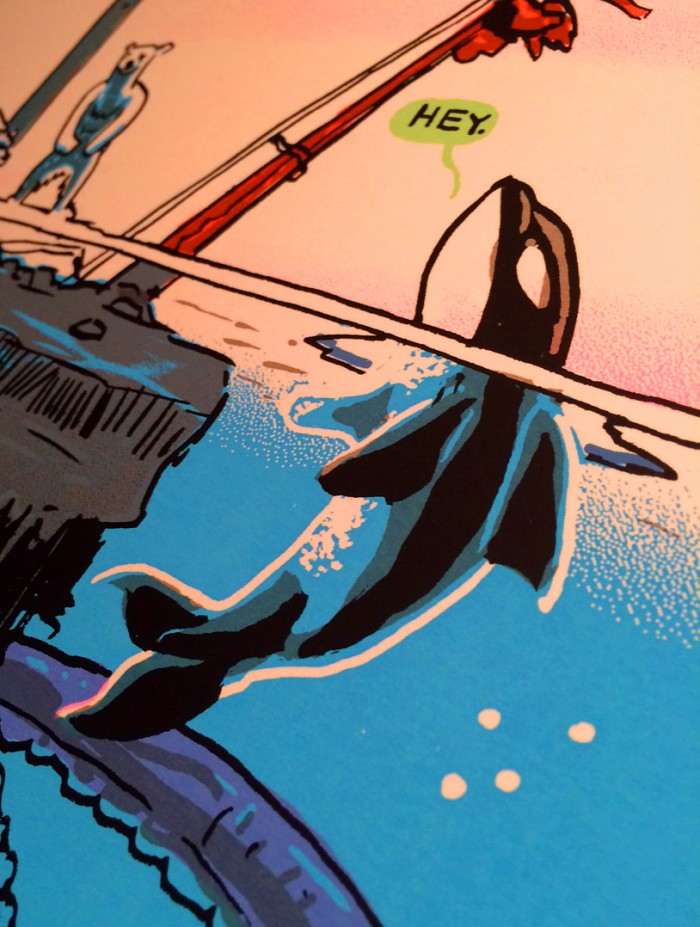 “This print is a continuation of my ‘The Sea Also Rises’ series of prints, as I’m expanding the scope of the human/ nature interaction I normally portray in an urban environment into the Arctic. (And yes, I know there are no penguins in the arctic…they’re also not normally 80 feet tall, either.) The idea of rising sea levels, and the animals of the sea (mythic or otherwise) coming into areas they aren’t normally seen is fascinating to me. This weird, visual story I’m slowly telling across these prints of giant gods and monsters of the deep coming into the world of man as a result of our environmental decay, is by far my favorite personal project, and I’m always happy to have PangeaSeed supporting it, while I help support them!”

Prints are in hand and ready for immediate shipment HERE. 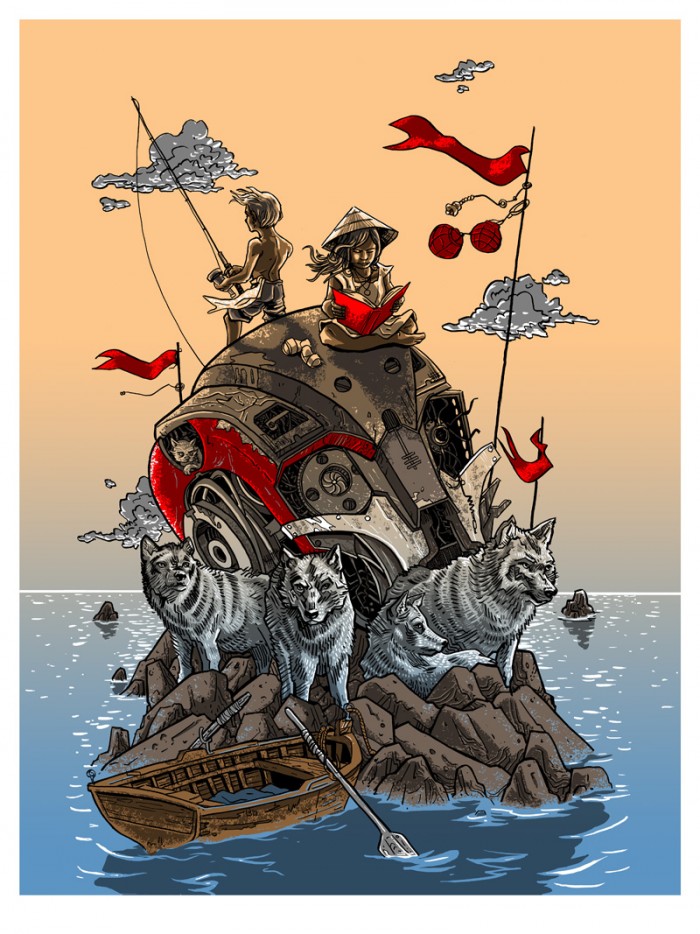 We have a brand-new edition of the sold-out ‘The Sea Also Rises: The Wolves of Mekhead Island’ in a much more framing-friendly 18×24 size, with cleaned-up art and more saturated colors than the previous edition!

Take a look at the pics below- 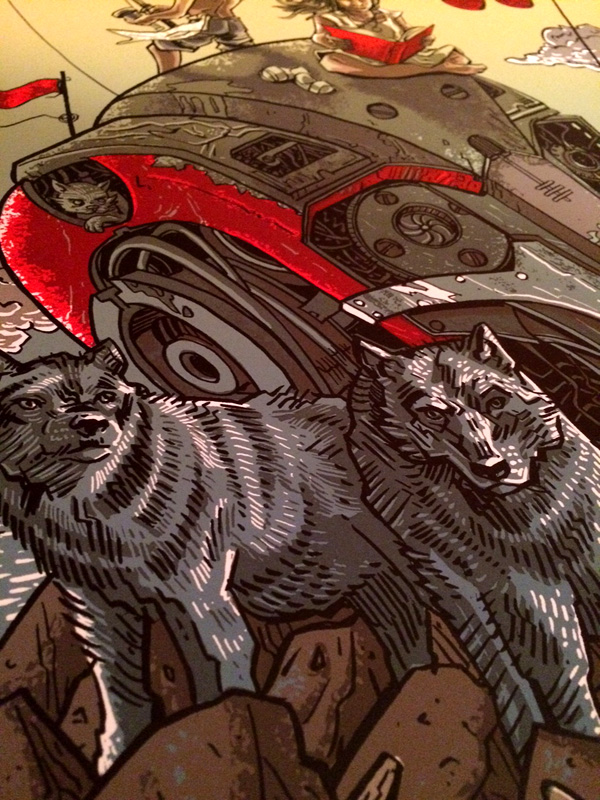 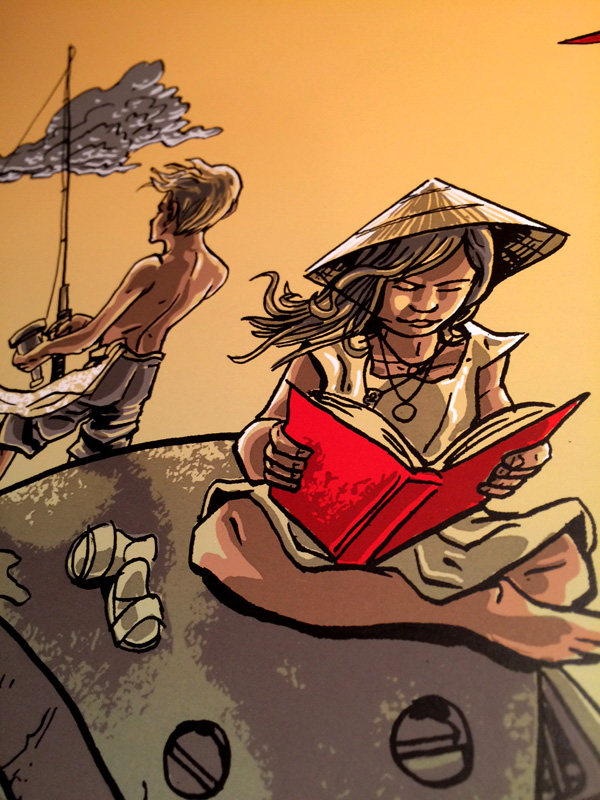 “Mekhead Island” is a hand-printed 6-color 18×24 print signed and numbered by the artist in an edition of 150. Print is in hand and ready for immediate shipment. Pick one up HERE.

Both prints are in hand and ready for immediate shipment. Other shops might make you wait- but we here at Nakatomi are ON IT. And by “IT” we mean our local USPS driver. We’re on him. Holding him down. Calling him names. Mostly that name is ‘Felicia’ but that’s irrelevant. Where were we?

Thank you all so much!