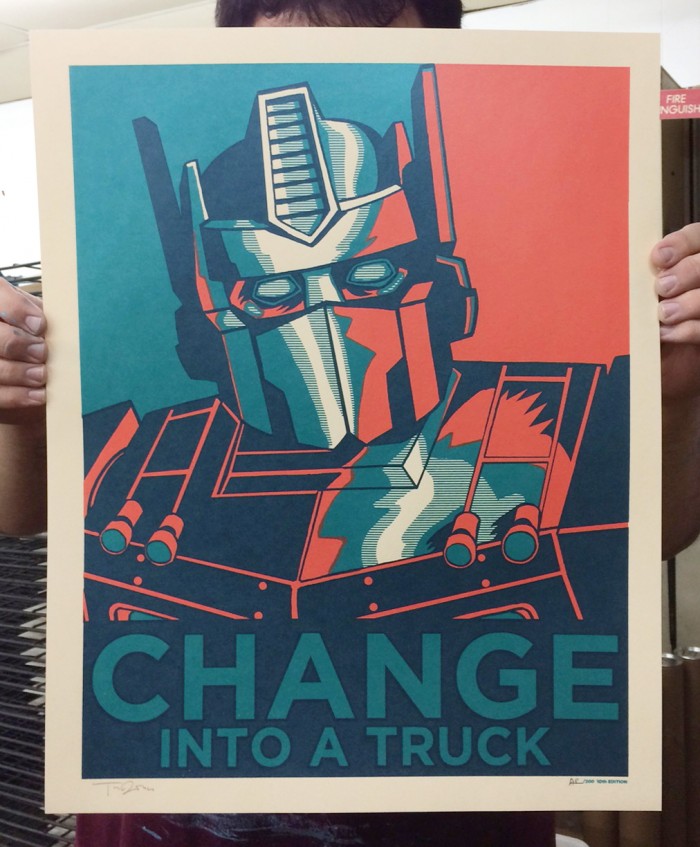 CHANGE INTO A TRUCK 10th Edition- all Metallic Ink!

Change Into a Truck is by far the best-selling single print on the Nakatomi site. It was the first MAJOR viral hit we had shortly after launching the site back in January of 2009, and here we are, six years later, and doing better than ever. It’s the 2nd print that we ever did a new edition on (the first being the long-gone MurrayX6) and it helped define us as a company that focused on getting the art to the people that wanted it, and not keeping the popular medium of silkscreen printing to just an elite few.  What started out as a deeply silly joke spread across the interwebs, and we still meet people to this day that tell us ‘This was my MySpace profile pic!”  And then we laugh and act like we don’t know what MySpace is.

The art has been tweaked several times over the years, and has been printed as small as a 4×6 sticker up to a 24×36. It’s been on metal, it’s been on t-shirts, it’s even been a comic book cover. Way back in the day we were contacted by the ILM visual FX crew working on the Transformers live-action films, and they used the image on crew t-shirts.

Change into a Truck will NEVER DIE!

This time around, to commemorate the landmark 10th edition of this print, we printed it with ALL metallic ink- and the results are…VERY SHINY! 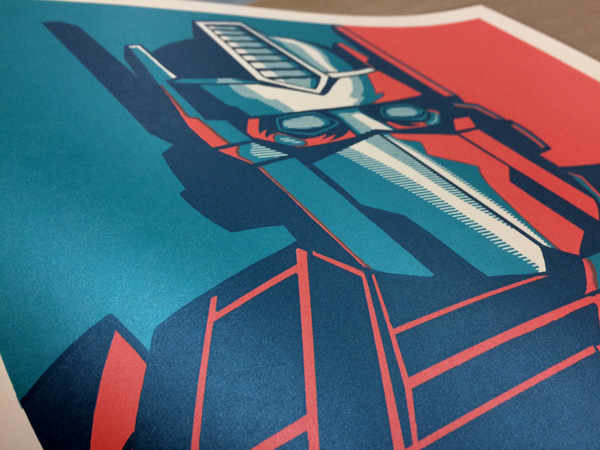 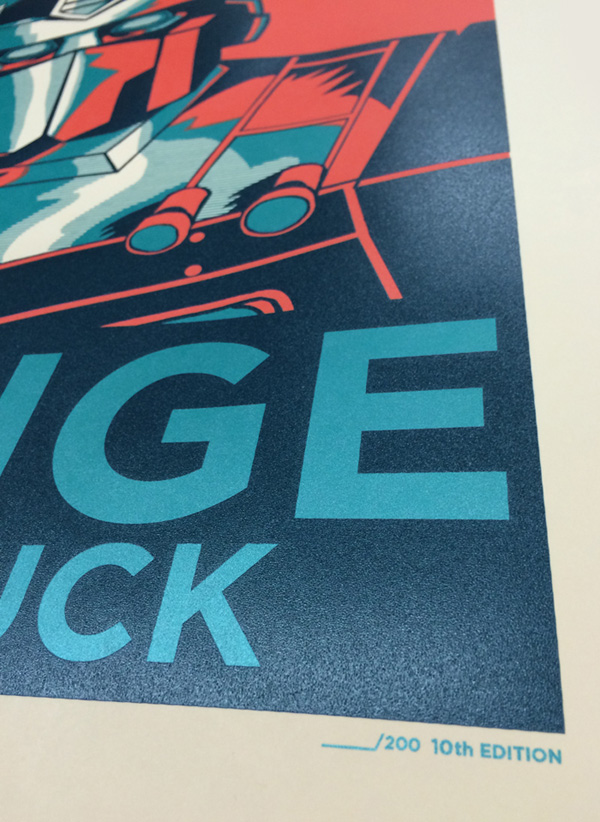 Prints measure 16×20 and are signed and numbered by artist Tim Doyle in an edition of only 200 worldwide.

These prints are in hand and ready for immediate shipment- get them HERE in the Nakatomi Store!