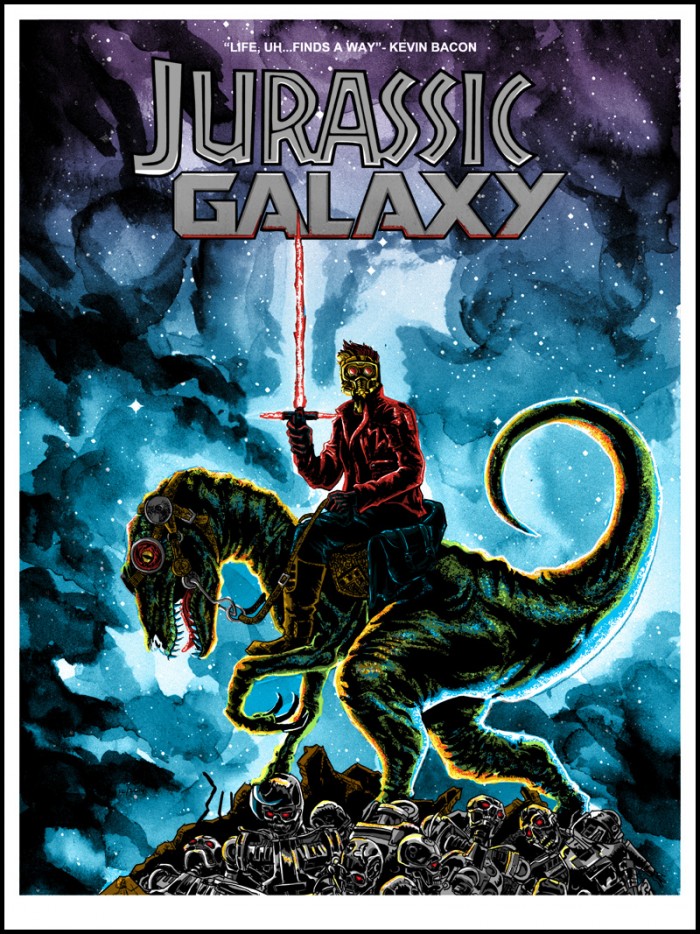 Presented in a new 18×24 size, we’re offering a timed-edition release of Tim Doyle’s Jurassic Galaxy print!  From NOW until Tuesday at Midnight Central time, we will have this GLOW IN THE DARK, 7 color print, featuring metallic silver ink available for $40 each.

PICK THEM UP HERE, NOW!

This glow in the dark version will never be available again on Nakatomi.

Here’s a mock-up of it glowing! 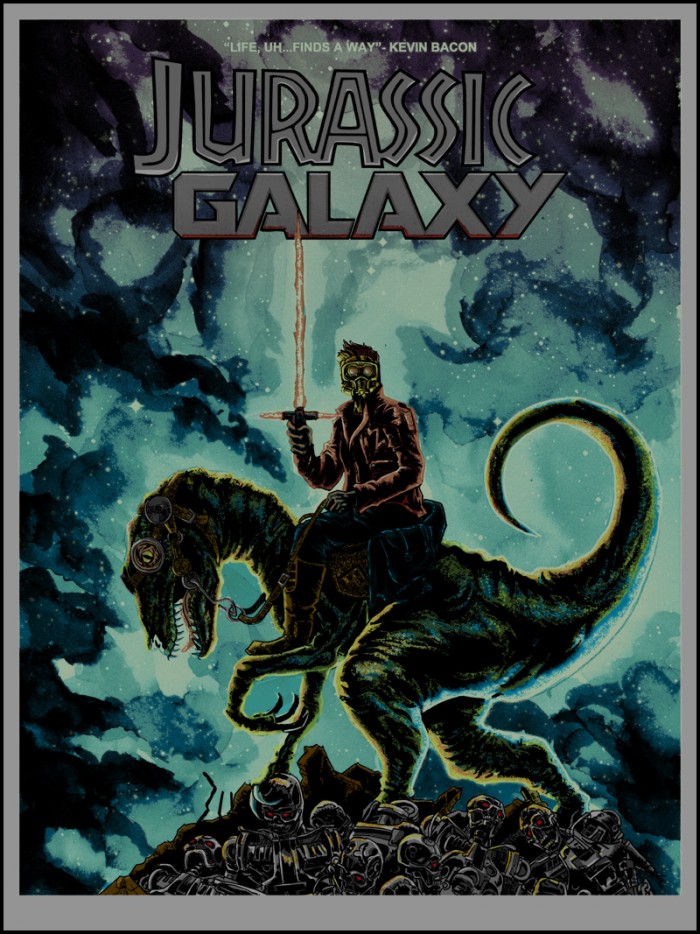 “Jurassic Galaxy” is BY FAR the MOST searched for single poster on our site of all time- and it’s only been in existence for a little over a month! (That’s crazy)  After literally 1000’s of requests, we’ve decided to do a timed edition at a smaller size, to make sure that everyone who wants one- can get one.

Since this image was released last month, it got on i09, /film, and even made it to the top spot on the front page of Reddit!

Pick up the print HERE NOW

Printing will begin shortly after the sale period ends, and we’ll have them all shipped out by the end of the month! We’ll keep this post updated to let everyone know!