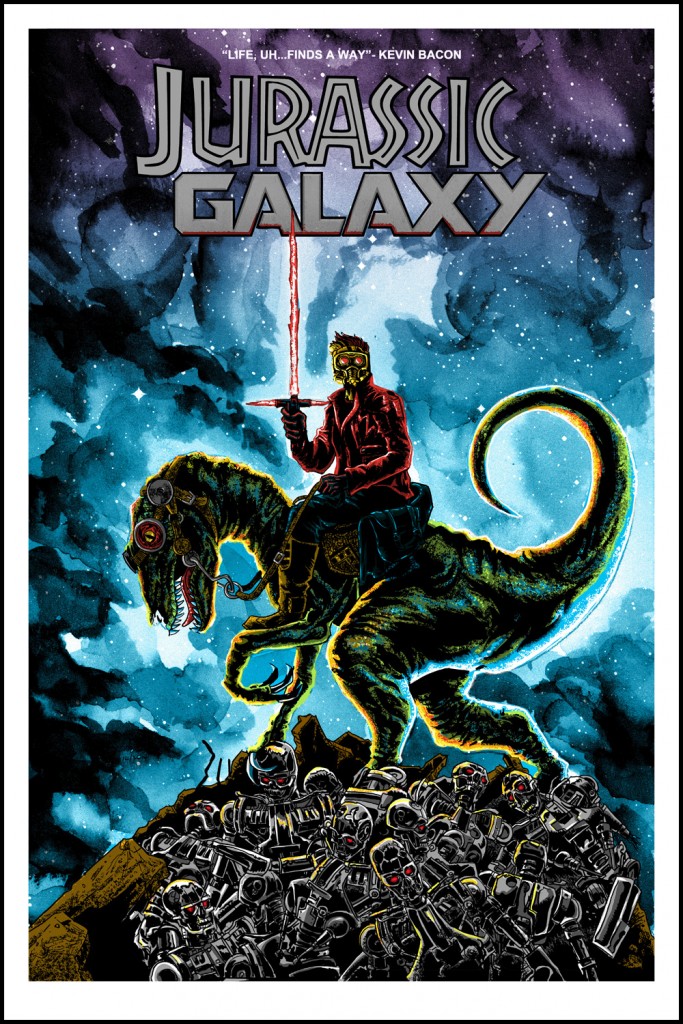 A NEW EDITION OF THE PRINT IS AVAILABLE HERE NOW FOR A LIMITED TIME!

“A few weeks back, I got good and drunk. As I do with times like that, I went onto a Facebook silkscreen art group, and said- “Hey, if 50 of you want a poster of Starlord riding a Velociraptor, I’ll do it.” I went to bed, and the next day, literally 160 people put their money down on a drunken promise.

So this is something that whiskey and the internet willed into existence, and I couldn’t be happier. We’re going to start printing it this week, and it’ll ship out in the new year.”

Since that was originally posted, the dang print was picked up on i09, /film, and tons of other media outlets, which is awesome and terrifying at the same time.

“Drunken Promises” 24×36″- Edition of 160. 7 colors, including metallic silver and glow in the dark ink.  We WILL have a small number of AP copies available HERE on the site– $75 each at 2pm Central time today…

Here’s a mock-up of the print glowing in the dark! 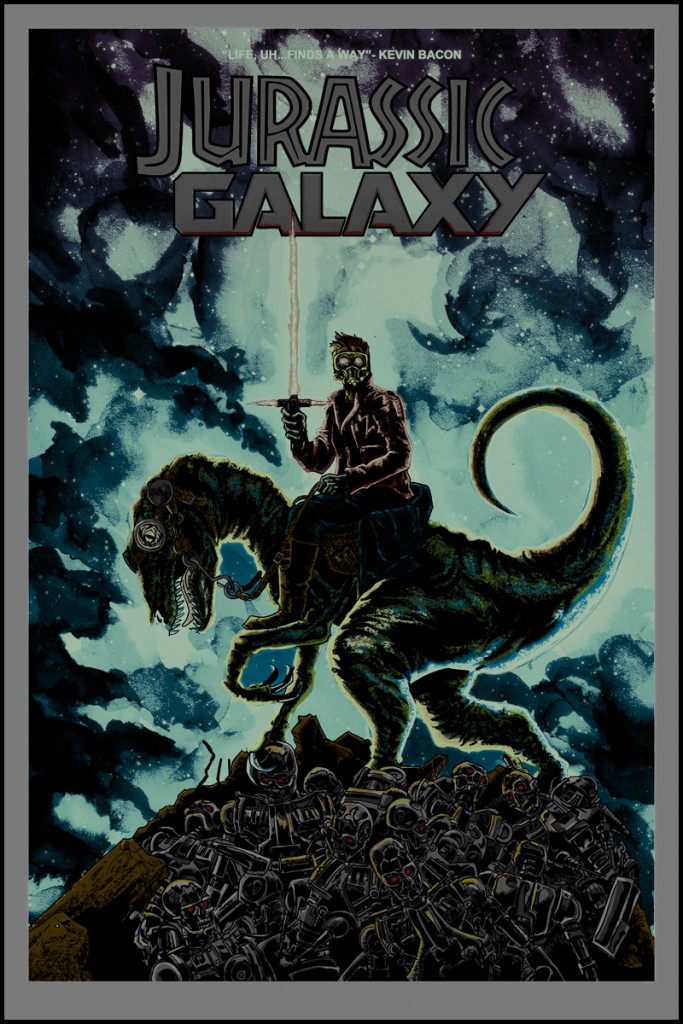 Prints are in hand and ready for immediate shipment-

pick them up HERE when the time comes!