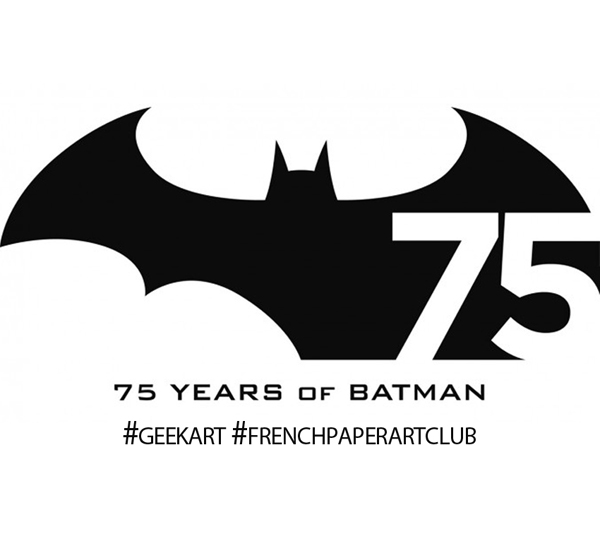 French Paper Art Club, in conjunction with Geek Art, are very excited to reveal their new series of officially licensed Batman prints, in honor of the cowled one’s 75th anniversary!  Their debut print in the series is by artist Tim Doyle-

“Gotham Police Department” measures 16×36, and is a 5-color hand-printed silkscreen art print. The regular edition is signed and numbered by the artist in an edition of 120, and a blue/glow in the dark edition of only 55.

“Back in 1989, when I was the tender age of 12, still reeling from seeing Robocop back in ’87, my parents took me and my brother to see Batman, starring Micheal Keaton and Jack Nicholson. And as amazing as the movie really was- it was Anton Furst’s design for Gotham that REALLY spoke to me. The claustrophobic nightmare of steel and brick that he created for Tim Burton’s film set the stage for the action, and made that crazy world WORK. It’s my favorite depiction of Gotham, and trumps any other interpretation of that fictional city. (Yes, even more than the Nolan films.)  So, when I was asked by French Paper Art Club to produce a print for them, I knew I would HAVE to pay tribute to Furst’s vision.  The red skies are my subtle nod to the beautiful Batman: The Animated Series TV show that followed 2 years later. I’m very pleased with the print, and so happy to have done the FIRST poster in the first silkscreen poster series to celebrate Batman’s 75th Year!” 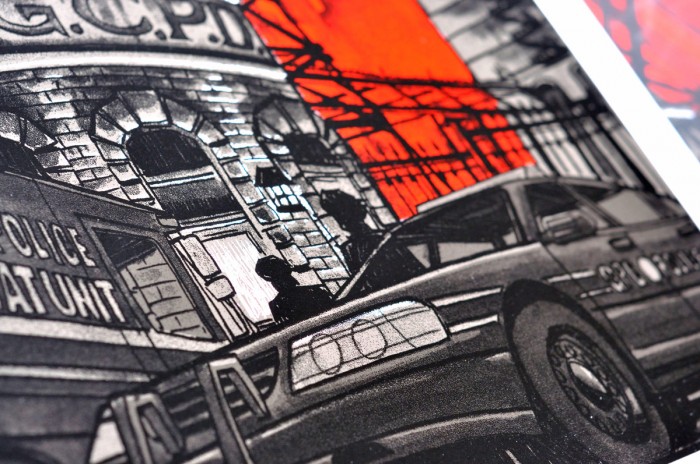 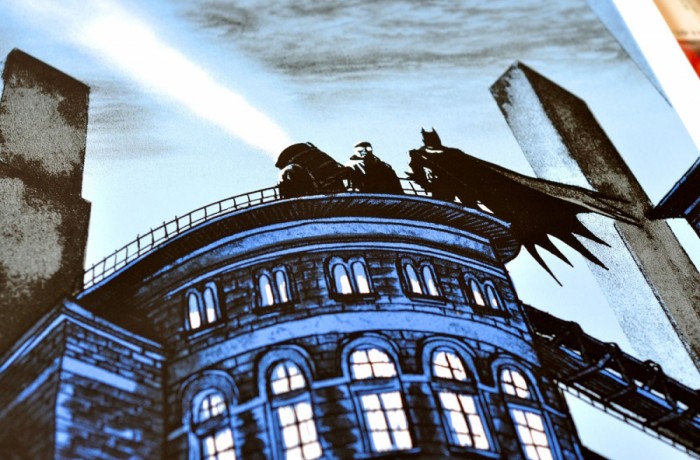 Both prints are available from the French Paper Art Club website to purchase HERE.