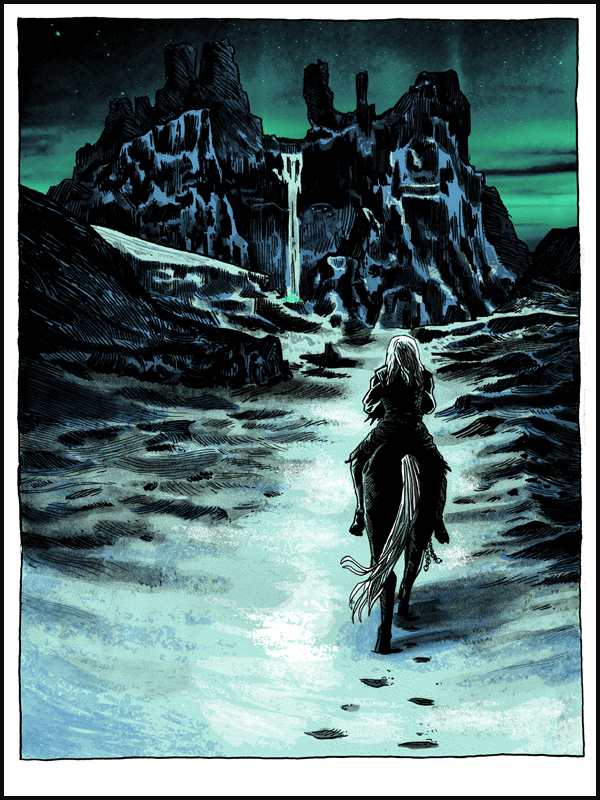 Available for purchase RIGHT NOW HERE– this 18×24 5-color silkscreen print is signed and numbered by artist Tim Doyle in an edition of 100, worldwide!

Originally produced for SpokeArt, their copies are now SOLD OUT, and we are now selling our artist’s reserve copies!

Depicting the surprise scene from the end of the season 4 episode “Oathkeeper”, which caught fans of the show AND the books by surprise!

Also available in a Glow in the Dark edition of only 25- (mock-up of the print glowing below!) 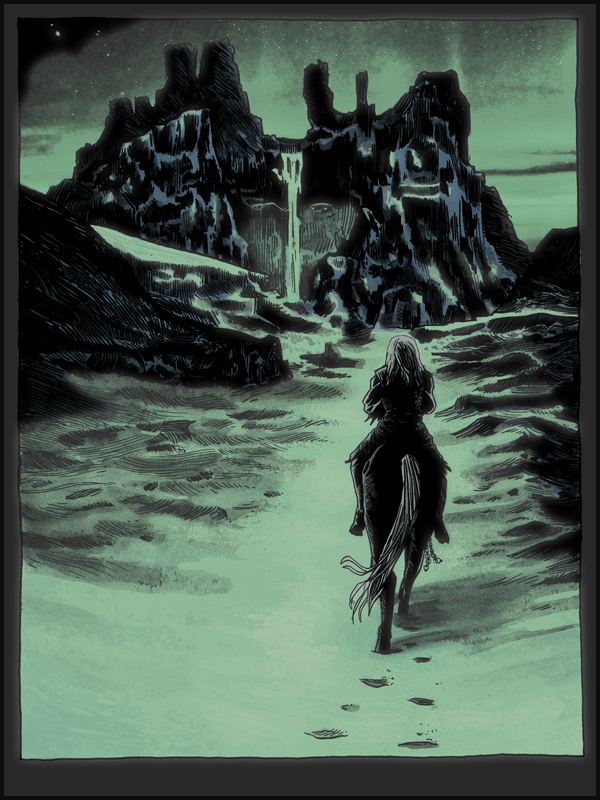 “A Gift for the Night’s King” is up for sale NOW IN THE NAKATOMI STORE! This print will never be reprinted- these are artist copies from the original printing.